PTSDDaddy – Self Medication Why Not?

PTSDDaddy – Self Medication Why Not? 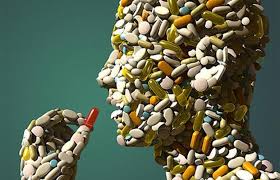 You know what I am talking about you take that alcohol to the extreme getting you past that PTSD moment. It does not really work though does it? So next you drink till you pass out. Next best thing, if I cannot get past it I can sleep through it. I won’t just limit this to booze, whatever your drug of choice you are using it for the wrong reasons and too much of anything is a bad thing.

Let me ask you a question…

You’re taking a problem that tries to take control of you, your thoughts, your actions, and you are overusing a product that lets go of control of you, your thoughts, and your actions. Does this really sound like a brilliant idea? NO!
It’s the equivalent of a criminal coming up to steal my wallet and before he even gets to me I’ve already placed my wallet, car keys, credit cards, and cell phone on the ground with a sign saying “steal me!”

I got it dude you’re not a wimp. I also got it that there’s something that takes control and you and I just want to get our minds off whatever the hell it is at the time and back to “normal”. Our minds cannot make it to “normal” when we are using alcohol/drugs that alter our mind. I hear way too much about guys losing it and turning to drugs and alcohol. I hear people say marijuana is a way to treat PTSD and how effective it is, and yet I still don’t want it. 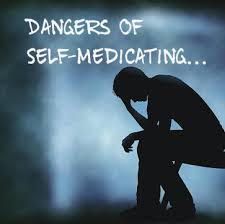 I remember back when I was a kid I hurt my knee doing some sports activity. I ended up with an ace wrap around my knee and limping around quite a bit. The ace bandage helped out quite a bit, this was great because the pain was minimal now. One day I was putting it on before going outside and my dad stopped me by saying “what are you doing?” I replied with “putting this back on so I can go play!” Dad looked at me, shook his head lefty-righty and said “no, no you’re not, you’re taking that silly thing off and going out to play! How do you expect that knee to get stronger if you keep using that?” I never thought about it that way.

You cannot get stronger if you do not push further and harder. This is not to say ripping the cast off a broken leg and running a marathon. You must be smart about it, use your brain dummy! Take a cast off and walk a bit, then walk a bit more, then a bit more, then maybe next year you’ll be ready for a marathon. You don’t leave the cast on for the rest of your life! That bone will heal but the muscles will deteriorate and you’ll grow weaker and weaker, more susceptible to a broken leg.

Because you’re better than that, Soldier! How many times did you ruck march and not fall out? How many times did you get into firefights? How many demons have you faced and came back alive and victorious?
Of course that’s rhetorical because we all know that number is immeasurable! No one can count that high. Well fucker! If you don’t keep fighting the good fight you end up weaker. PTSD takes over more! Why NOT? Because we don’t fucking hand the keys to the gate over to the fuckin’ enemy! We never give up! We never surrender! We never leave a fallen comrade!

You having a hard time getting off the self-prescribed medicine? Let me know, let someone know, let go of this false ideology that you are alone and you don’t matter! I wouldn’t keep writing on this damn blog if you didn’t matter!

These are just a couple of options open for you. I’m slowly getting more resources together but check them out at least! You can win, you can fight, PTSD is beatable!

This site uses Akismet to reduce spam. Learn how your comment data is processed.

You have Successfully Subscribed!

Made it on WEAR Channel 3 news! Hannah Mackenzie did a  GREAT job putting it all together. HUGE THANKS.  Click the button below to see the video!